A Clinical Guide to the Body in Chinese Medicine -eBook

A Clinical Guide to the Body in Chinese Medicine is a thorough investigation of Chinese medicine’s view of the human body and its interactions, as well as how the Chinese view is, and is not, transmitted through the English-language literature. The text concentrates on how this impacts clinical practice. As the first paragraph of the Preface states:

Chinese medicine is changing rapidly in response to scientific advances and technologies,and the biomedicalisation of its traditional practices is a global trend. It seems that Westerners are embracing this trend for many reasons, not the least of which is a lack of access to traditional sources. Access to primary Chinese sources is problematic for non-Chinese speakers, and Chinese medicine textbooks in English tend to de-emphasise the historical and cultural contexts of traditional concepts to ‘scientise’ their content.

This is supported by an Introduction describing the challenges faced by Chinese medicine in both China and western societies, how its practices can survive only as empirically-applied remedies outside the conceptual-historical foundations. It notes how westernized notions of Chinese medicine have been forwarded by the lack of translated literature and loose translations of Chinese ideas.

The first chapter, History and Practice, describes how to investigate Chinese medicine’s constructions of the living body. It discusses both science and its integration with Chinese medicine in light of the germane Chinese texts. Beginning with the Yellow Emperor’s Inner Canon (黄帝内经 Huangdi Neijing, c. 100 BCE), the Canon of Difficult Issues (难经 Nanjing c.100 CE) and the Treatise on Cold Damage and Miscellaneous Disorders (伤寒杂病论 Shanghan Zabing Lun c. 200 CE), all subsequent important medical works have embraced the principles contained in these texts.

Chapter Two: Tradition, describes early Chinese assumptions about reality and being, their methods of investigating and knowing, as well as the ramifications for Chinese medical theorising. Chapter Two further examines the assumptions and methods that underpin the tradition, its perspectives of the medical body, and the concepts that feature in Chinese medicine’s premodern discourses. Chapters Three to Seven examine topics with particular conceptual difficulties such that readers gain an appreciation of the Chinese notion of the concepts and their value in practice.

Chapter Three: Body, investigates the human body as a microcosmic portion of the cosmos functioning in accord with ‘Heavenly’ (more refined) qi intermingled with ‘earthly’ (more substantial) qi to produce life. As a microcosm of the heaven–earth world, the medical body combined thought, social ideals, physical data, and sensual self-awareness. As a microcosm of the state, the medical body was organized according to Chinese social ideals. Thus, as well as documenting some of the structural properties of the body’s internal visceral systems, classical medical discourses articulated their functional duties and relationships of governance.

Chapter Four: Coursing and Discharge, investigates Visceral Manifestation Theory both as a Twentieth Century creation of modern TCM and as its roots in the conceptual and philosophical discourses of the early Chinese medical texts. It contrasts the biomedical features attributed to the TCM liver with the notions of orderly reaching, dredge and discharge that describe the classical Chinese understanding, including their clinical application.

Chapter Five: Spaces and Textures: looks at the sān jiāo’s descriptions in the Inner Canon, Canon of Difficult Issues, Prescriptions of the Golden Cabinet and their commentaries in the light of current clinical application. The chapter supplies some of the textual background for Chinese medicine’s premodern conceptions of the sān jiāo to resolve some of the problems encountered by contemporary English-language readers. It examines relevant terms and associations, and especially the notions of ‘form and no form’ and ‘surface and interior’, to clarify early representations of the sān jiāo.

Chapter Six: Emotions and Desires, shows how China’s ancient texts viewed the heart-mind as easily stirred by emotional influences and sensual desires. Their pathogenic potential figured prominently in its premodern conceptions of illness. The Inner Canon texts adopted the concerns expressed by Warring States thinkers regarding the tension between the heart-mind and sensual pleasures. These ideas were transferred to the Inner Canon’s medical treatises and its analogies of good governance. The lifegate, sovereign and minister fire feature prominently in these discussions.

Chapter Seven: Mind, describes how the modernisation of Chinese medicine has usually meant that authors omit references to concepts that might be considered superstitious or obsolete, and translate traditional terms into more contemporary psychological terms. They are likely to equate early Chinese mental–emotional disorders such as ‘possession’ and ‘visceral agitation’, for example, with Western psychiatric psychoses and neuroses. Although traditional conceptions of the undifferentiated body–mind may be mentioned in some texts, Chapter Seven views them through this classical frame of reference.

Chapter Eight: Concluding Remarks discusses how, in the authors words:

“On the one hand, the present climate of medical pluralism in the West may actually contribute to the preservation of Chinese medicine, allowing the profession to maintain its traditional features and methods. On the other hand, the Chinese medicine profession is likely to find it more expedient politically and educationally to biomedicalise Chinese medical content and methods, and to follow or create a path of integration with biomedicine.This book contributes to the argument and resources supporting the former option, preservation of Chinese Medicine as a distinct medical discipline.”

The text concludes with references, appendicies of terms and texts, references and an index in both English and Chinese. 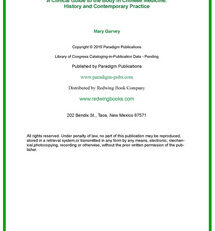 You're viewing: A Clinical Guide to the Body in Chinese Medicine -eBook $9.50
Add to cart