Kristofer Schipper is Dutch scholar educated at the School for Higher Studies in Paris. He was frustrated by European and Asian sinologists ‘disinterest in the religious Taoist tradition and thus chose to live among the common people of Taiwan in the 1960’s. There, he became the student of a lineal Taoist priest, learning in the traditional manner until he was himself ordained. This book presents his exploration of taoist practice, its liturgy, and ritual.

Be the first to review “Taoist Body” Cancel reply 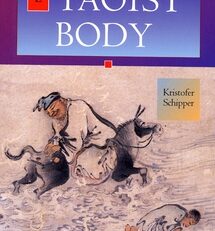