The Fundamentals of Acupuncture

This accessible textbook clearly explains the basic foundations and principles of acupuncture and Chinese medicine. With over 70 illustrations, it covers the theories of yin and yang, the five phases, the physiology of the body, the internal organs, the channel system, acupuncture point categories, the point functions and indications, needling techniques and aetiological factors. Authoritative, yet readable, this is a vital addition to the shelves of all students of Chinese medicine.

‘Nigel has published three major textbooks in Danish, texts that have become established as standard student resources. His skills as a communicator and dedication to his profession have helped him become a prominent educator in Nordic countries and more widely across the European Union. What is presented so succinctly in this text is the current standard model of acupuncture practice, an understanding that is shared by perhaps a million practitioners worldwide. This is a lucid account of the current interpretation of the extraordinary diverse scholarly medical tradition of China, a medical system whose literature base extends back almost 2500 years and whose historical literature base runs to many thousands of volumes. This text provides the foundation that informs modern practice. It provides coherence to a complex historical tradition and sets out the dominant interpretation that is the basis of most acupuncture practice and research worldwide.’

-from the Foreword by Charles Buck, Former Chair of the British Acupuncture Council

Nigel Ching is a lecturer in Chinese Medicine and course director at the Nordisk Akupunkture Uddannelse, Denmark. With over 25 years of clinical experience, Nigel lectures widely in Scandinavia, Germany, UK, Greece and Finland. He has published three major textbooks in Danish; this textbook was first publishes in Danish in 2012 with the title Akupunkturens Grundprincipper.

Be the first to review “The Fundamentals of Acupuncture” Cancel reply 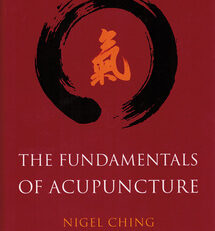 You're viewing: The Fundamentals of Acupuncture $95.00
Add to cart