Yellow Emperor’s Classic of Medicine: The Essential Text of Chinese Health and Healing

The Su Wen is attributed to Huang Di, the Yellow Emperor, who reigned during the third millennium BC in China. The 81 chapters of the text were written in the form of a discourse between the Emperor and his ministers, ranging over material including etiology, physiology, diagnosis, therapy, and disease prevention, as well as ethics, psychology, and cosmology, unified by the theme of the natural laws of an holistic universe. The original text, presenting broad concepts in a remarkably terse fashion, has been elucidated and interpreted by the translator to make this a readable narrative for those curious about the principles underlying Chinese medicine.

Be the first to review “Yellow Emperor’s Classic of Medicine: The Essential Text of Chinese Health and Healing” Cancel reply 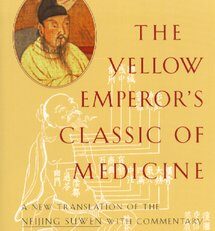 You're viewing: Yellow Emperor’s Classic of Medicine: The Essential Text of Chinese Health and Healing $24.95
Add to cart