Acupuncture Points on the Horse

Dr. Gene Bruno began his studies 1n Classical Chinese medicine with Dr. Ju Gim Shek and Dr. William Prensky and completed them after 5 years as the personal assistant to Dr. James Tin Yau So. As one of the pioneers in the profession, he has dedicated his career to the advancement of acupuncture and Oriental Medicine in the United States. He was a co-director of the initial research done by the National Acupuncture Association (NAA) that introduced animal acupuncture into the United States from 1972 to 1975.

Dr. Bruno also served in teaching and research positions at the University of California, Los Angeles. In l 97 5, he participated as an acupuncturist in the first research project on acupuncture ever conducted at Harvard Medical School. As a research assistant to Werner Nobel, MD, at Amherst University, he developed protocols and techniques for applying acupuncture analgesia on animals.

Licensed by the Oregon Board of Medicine in l 97 5, he moved to Oregon in l 97 6. He was the president of the American Association of Oriental Medicine from 2002 though 2004. Dr. Bruno served on the Medical Boards for Oregon and Washington, and was an advisor for several other states, including Alaska. In 2007, Dr. Bruno was elected to the Executive Board of the World Federation of Chinese Medicine Societies. He is currently the president of the American Board of Animal Acupuncture. He has been in private practice for over 45 years. 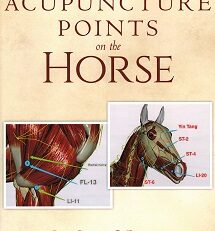 You're viewing: Acupuncture Points on the Horse $85.00
Add to cart