A Brief History of Qi

This book is devoted to a topic represented by a single Chinese character: Qi.

When presented with the concept of Qi, students of Chinese culture, Chinese medicine, Chinese martial arts, and a wide range of Chinese traditional arts and sciences face a very perplexing challenge. Contemporary linguists hold that if a word or concept can be expressed in any one language or dialect it can be translated into any other language or dialect. However, many who have confronted the problem of how to translate the word Qi could challenge this axiom. While teaching a seminar in the translation of traditional Chinese medical terms and texts at the Chengdu University of TCM, author Ken Rose often discussed with his graduate and post-graduate students the question of how to translate this single word. The consensus developed that it would take an entire book to properly explicate this one word. A Brief History of Qi is this book.

Beginning with an examination of Qi’s linguistic and literary roots, which stretch back through the shadowy mists of Chinese precivilization, the book explores concepts from other (non-Chinese) cultures which can be correlated with the ancient Chinese notion of Qi. The authors then trace the development of the concept of Qi through a number of related traditional Chinese disciplines, including painting, poetry, calligraphy, dance, medicine, qi gong, and martial arts, and conclude with an examination of the depth and breadth of Qi as manifested in the cycles of life.

The authors lead readers on an adventure of discovery, demonstrating from many points of view how Qi interconnects the very roots of culture in one of the world’s most enduring civilizations. They present for the first time in English an exhaustive examination of this ancient metaphysical concept. Any reader with an affinity for Chinese culture, Chinese medicine, Chinese martial arts, or any of the many Chinese traditional arts and sciences will find this book stimulating, provocative, useful, and absorbing. 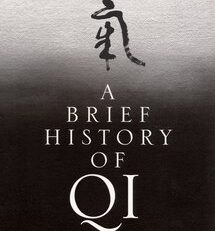