Fu Qing-zhu’s Gynecology is perhaps the single most famous book on traditional Chinese gynecology and obstetrics. Dating from the early Qing dynasty, this book established many of the disease mechanisms and pattern diagnoses now standard in contemporary Chinese gynecology. This book is also the source of many of Chinese gynecology’s most famous formulas. Not content to merely summarize and parrot previous classics, Fu Qing-zhu set forth his own ideas and analysis based on his extensive personal clinical experience.

Fu ke or gynecology is one of traditional Chinese medicine or TCM’s most often practiced and most effective specialties. No practitioner attempting to specialize in this field can afford to be ignorant of Fu Qing-zhu’s monumental work in gynecology. However, whether or not one specializes in gynecology, all practitioners of TCM will find this book a valuable reference for their clinical library. Fu Qing-zhu’s logical analysis of signs and symptoms is a masterful example of applying the TCM methodology. His composition of formulas based on that logic is a masterful example of simplicity, economy, naturalness, and doing without doing. In addition, practitioners will appreciate Fu Qing-zhu’s use of common Chinese medicinals with which all TCM practitioners should be familiar.

This is the first in a new series of books to be published by Blue Poppy Press – The Great Masters Series. As the great master of Chinese gynecology, now English speaking practitioners of TCM for the first time have access to Fu Qing-zhu’s Gynecology.

Fu Qing-zhu, a.k.a. Fo Shan, was one of the greatest Qing dynasty practitioners of Chinese medicine. In addition, he was a poet and a revolutionary guerilla fighting to restore the Ming dynasty to the imperial Chinese throne.

Fu Qing-zhu wrote in colloquial Chinese which makes this book extremely approachable. A vast number of gynecological and obstetric disorders are covered. In most cases, after a brief discussion of the disorder, Fu Qing-zhu dismisses the current thinking and proposes his own theory on case and treatment. In this sense, the book is not intended as an exhaustive examination of the subject, but rather one brilliant man’s thoughts.

This is not an undergraduate text but rather a book for the practitioner with experience to muse on and gain insight to apply in practice.”

“This short book is packed with material of clinical value, for example, literally dozens of postpartum disorders. It also throws interesting light on traditional Chinese birthing practices as well as Fu Qing-zhu’s own approach…

This book is suffused with clarity and certainty of approach and will aid the confidence and understanding of any practitioner of gynecology.”

“Fu Qing-zhu’s works are precious and, adding to this the superb quality of translation and editing, make this a book not to be missed. Reading this book leaves me looking forward to the rest of the Great Masters series.” 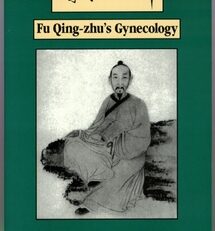