Soup For The Qan

In the early 14th century, a court nutritionist called Hu Sihui wrote his Yinshan Zhengyao, a dietary and nutritional manual for the Chinese Mongol Empire. Hu Sihui, a man apparently with a Turkic linguistic background, included recipes, descriptions of food items, and dietary medical lore including selections from ancient texts, and thus reveals to us the full extent of an amazing cross-cultural dietary; here recipes can be found from as far as Arabia, Iran, India and elsewhere, next to those of course from Mongolia and China. Although the medical theories are largely Chinese, they clearly show Near Eastern and Central Asian influence.

Be the first to review “Soup For The Qan” Cancel reply 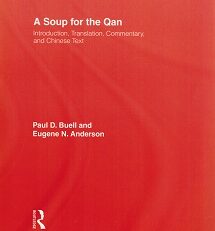