Drawing from the transcripts of two seminars given in 2005 in London, the author continues her exploration of the Chinese classical texts with an in-depth look at the concept of yin yang. Selections from non-medical texts use existing English translations, and those from medical classics are translated by the author. Examining early writings of the Spring and Autumn Annals, the Daoist classics of Laozi, Zhuangzi, and Huananzi, and the medical texts of the Yellow Emperor and the Neijing Suwen, Rochat explains the development of these ideas from their early associations with the weather and their interpretation as heat and cold, light and dark, to their more widespread use to compare and contrast any phenomena, and to explain their movement and interaction. Along with the concept of qi, an understanding of yin yang helps us to absorb the perspective that is fundamental to classical Chinese thinking, a perspective quite different from that of the modern West. It speaks of relationship, mutual resonance, constant change, and transformation. Yin yang underpins this interrelationship and codependence. These ancient texts suggest a universe in which humans are not only part of the larger web of life, they are indeed responsible for their actions, for their emotions, and for their health, and by extension, responsible for the health of the planet. 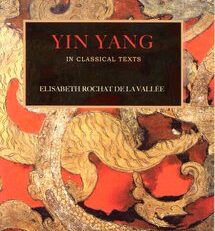 You're viewing: Yin Yang in Classical Texts $29.95
Add to cart